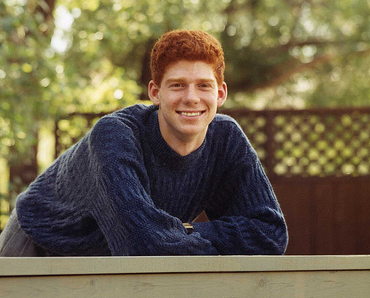 Rick Reilly doesn't like us, and that's fine. Rick Reilly makes 3 mil a year for writing an 800 word column once a week, usually some good-natured but dated pablum about golf, golf, his troubles playing golf, and how awesome it is to be writing an 800 word column about golf for a living. In America, we call this separating fools from their money, and we're all for it. There's no one less relevant to his universe than a golf-hating college football blogger, and there's no one less relevant to our world than a guy who makes jokes about the Queen Mother and writes about golf. We've never read him with any regularity, and we're sure the same is true the other way around.

Nevertheless, you tromp on college football's sod, and the ears prick up a bit. From today's "Life of Reilly:"

The thing about college football coaches is this: They lie just slightly more than your average Fallujah real estate agent.

We're not even sure what that means. Reilly hates Arabs? There's one columnist not voting for Barack Hussein Suicidebomberallahabad Obama this fall! Hey-o, topical humor! Plus, everyone knows the real estate market in Iraq is booming, right? It's a great time to buy.

But affairs do not take a turn to the perverse until the next sentence. Prepare yourselves. Your sex drive will be killed for eight to ten days at this thought:

But now with my new inventionTruthClampsyou can find out exactly what these coaches mean. TruthClamps take out the guesswork!

Simply take the two six-inch, orange TruthClamps, attach them to the nipples of your school's football coach and turn on the readout machine. Imagine, finally getting the straight story from these guys!

Notre Dame fans, you should be covered in your own vomit at this moment.

Column proceeds, filled with light, wooden banter about how corrupt college athletics is exponential blahs etcetera, but then we're back to even more disturbing nipple twisting at the end:

TruthClamps can be yours for just $99.95. Also work great on teenagers, husbands and members of Congress!

That's ridiculously expensive for a pair of nipple clamps: basics seem to be around 15 bucks at most. (Check a few out here if you're not at work, or you seriously don't give a shit and want to look anwyay.) Hell, you can go femme/dom bananas for for 30 bucks and get vibrating nipple clamps if you're just gonzo on this whole "nipple torture to induce truth" gambit.

Second: Rick Reilly suggests you twist teenagers nipples. Here, in the marasmus stage of professional sportswriting, let it be shown that when the fine city of beat-reporter to unremovable columnist burnt to the ground, some of the citizens of that fine city responded by going crazy and deciding that nipple torture was teh way to go. And thank god, because that picture and all this talk of nipple-twisting is GETTING US HOTT! [/vomitsonselfagain]

P.S. Excerpting this column at Reilly's rates means each of you owes us $38. This shit doesn't come cheap.