Share All sharing options for: FEDS CALL FOR 38 POINT BAILOUT OF USC

WASHINGTON, DC (AP) --Doubts over the proposal to bail out the USC Trojan football program continue to slow the progress of the bill through Congress. Both Democratic and Republican lawmakers object to portions of the package, and are asking for more time to allow for further debate on the issue. 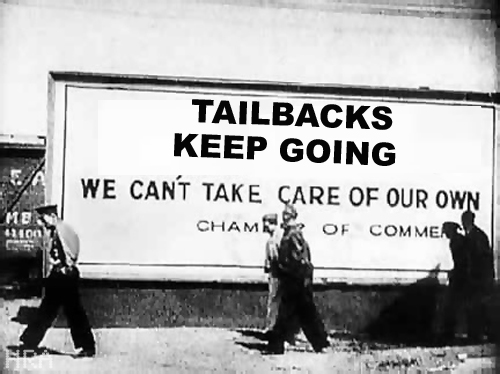 "I am ashamed it is taking this long to protect the American economy from a clear and dire threat," said California Senator Barbara Boxer. The sponsor of the bill, Boxer says the bill would prevent American sports consumers' already plummeting productivity from "cratering" by saving them the trouble of learning new teams' names, uniforms, and style of play.

"For years, we have relied on the cornerstones of our sports economy like USC, the New York Yankees, and Bret Favre to help us keep our sports world clear, simple, and easy for the layperson to digest. They have served us well, and we owe them help in return when they struggle."

The plan would award USC 38 points to be retroactively added to the score of the USC/Oregon State game played this past Thursday night, erasing a 27-21 victory by the Beavers and allowing USC to maintain their status as America's most powerful and prestigious football team.

"This is a travesty of logic and a misuse of the American political system like I've never seen," said Georgia representative Saxby Chambliss. "Instead of using the power of Congress to change the outcome of football games, maybe we should focus on keeping America safer, and they should focus on finding themselves a KNOWSHON MORENO OR TWO GO DAWGS AS HELL SIC' 'EM!"

Chambliss then made barking noise for two minutes straight to no one in particular.

The proposal is the second such bailout package proposed in the history of the United States Congress. The first, the King-Davie bill, was proposed by New York representative Peter T. King to award Notre Dame points to overcome all but three losses suffered during the Bob Davie era at Notre Dame. The bill made it out of uncompetitive voting in the House of Representatives, but was blown out in a landslide vote in the Senate.

Negotiations will continue into the night and throughout the weekend....DEVELOPING....