Share All sharing options for: YOUR BCS CONFERENCE HOROSCOPE

This astrological reading should be read for entertainment purposes only.

ACC: You've been down over a lot of things: poor performance at work recently, people saying nasty things about you. With Sagittarius rising, it's time to embrace that inner archer and shoot for the stars this weekend doing something out of the ordinary. Try robbing a liquor store! Or winning any of your out of conference games this weekend, like Florida State versus Colorado in Tallahassee, N.C. State vs South Florida, or Virginia Tech visiting Nebraska. Did you know that Hokie qb Sean Glennon is a Virgo? And that this is ironic given his difficulty scoring? Keep that chin up, ACC! Over five thousand fans are just waiting to see who manages to make it to the championship game. 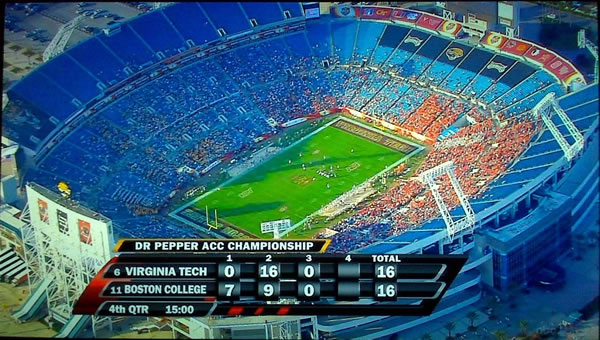 They're waiting! All hundred of 'em!

Big East. You know you're a diamond in the rough, so why not go out and get the polishing you deserve, Big East, but going out and finding a little romance where you least expected it. For instance, have you ever made love in a bus terminal?

Consider doing enjoying this worthwhile experience, and pairing it with joining a lively back-alley dice game for added excitement. It'll all be a lot better for you than watching Syracuse play Pittsburgh this weekend OH GOD THE SADNESS.

Big 12. As your rising sign this month is Switzer, consider adopting the funky fresh festivity of the (fire)Water-Bringer himself to honor his ascension. For Texas A&M at Army, down a few shots of whiskey and consider the rich irony of the Aggies possibly struggling against a team of real soldiers, thus causing the student section and Cadet Corps to explode with the non-compute error of rooting against the troops; for Oklahoma/TCU, consider pouring half a hundred on them; and for Arkansas/Texas, consider the delicious irony of Bobby Petrino, currently in the advance vetting process to replace both Mack Brown, Joe Paterno, and Bobby Bowden as head coach, demonstrating his suitability for the position by losing by the Switzeresque fifty. Then, to cap off the festivities, kick your buddy while he's urinating, forcing him to urinate all over himself in the process--just like ol' Barry would! Or did!

Big Ten. With mercury in retrograde, Capricorn should reign the day here. Count the points in Michigan State's latest soporific victory (over Indiana this week) like the beancounter of the zodiac, since there won't be more than 27 of them, and you'll have to make them last. Tabulate the exact amount of hot ass pie Wisconsin is going to drop on Michigan, and then recalculate said huge number into the metric system for the hell of it. Admire the economy of Illinois as they take eleven very talented players and make them look like only ten are playing at once! Parsimony's the rule, Big Ten, so mind every penny while the universe pulls out the green eyeshade on you and gives you the once-over.

Pac-10. Financial stresses have been the bane of your existence lately. UCLA's been overdrawn for two games now by a total of 83 points to their opponents; USC skipped a paycheck with a bye week; Oregon came up short at the register against Boise State, and Arizona State wrote a check their guylights couldn't cash against Georgia.

Have you considered, then the exciting field of medical billing? Or, failing that, just ceding the entire conference to USC a la the 1990s ACC, where Florida State was given free buffet rights and thus able to save their real effort for out of conference games and bowls? Are you listening Oregon State, who plays a nationally televised game against USC on Thursday? Football is hard; with a little training, medical billing is easy, fun, and a rewarding career for anyone! (This horoscope brought to you by Esteban's Mini-Mall School for Medical Billing, where you can get your certificate in just six days for the low price of just $17,500!)

SEC. Hey, SEC. Your attitude lately has been brash, bold, and loud. You're due for some humility, and oh boy should you get ready for it: Auburn/Tennessee promises to be a weeping carnival of errors when Crompton meets Todd! YES! Jonathan Crompton versus Chris Todd! Selling ad space on the side of game balls as we speak, so long will they float in the air! 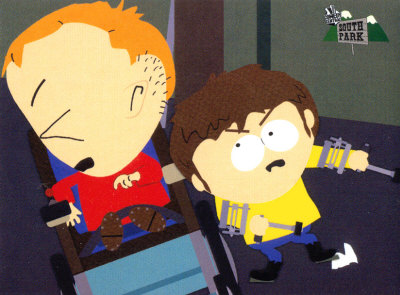 LSU/Mississippi State could be called at the halftime by the War Crimes Tribunal in the Hague (Louisiana recognizes no outside court's authority,) and juggernaut Florida should stumble around hazed for a half against a surprisingly feisty Ole Miss, thus continuing the yearly two-step of a.) perform well out-of-conference, and b.) immediately deflate reputation by playing ugly ball against each other in conference. Prepare for the inevitable ebb to the riotous flow that you, the adrenaline junkie you are, will experience this weekend.

(Except for Alabama/Georgia, which should be four quarters of free hot electric sex.)