Central Michigan football player Brian Brunner writes a blog on NCAA.com, and in his entry on Georgia he details his impressions of the tailgating scene in Athens, which sound slightly awed and horrified all at once.

There was one scene so bizarre and frankly a bit frightening that offensive tackle Andrew Hartline nudged me and had me look out the window.

Groups of people were tailgating in a cemetery. Welcome to SEC football.

The scariest part: the cemetery wasn't there when they got there. Ah, we kid! That only happens in Baton Rouge, and you could be next. They strike at any time, without warning; your only hope is running fast enough and long enough to induce a heart attack in your pursuer when a whole piece of andouille becomes lodged in their aorta.

What Brunner saw was clearly his first zombie tailgate, a phenomenon common in the American South and especially South Carolina and Louisiana. They're fine, respectable people for the most part, though you definitely don't want to share food with them, and they have a tendency to steal juice from your generators when you're not looking. 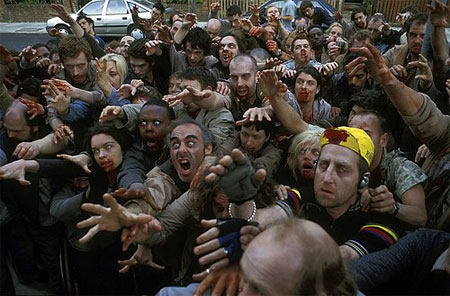 In fact, sometimes zombies form their own football teams down here, Mr. Brunner, and suit them up and everything. We call them the ACC, and they range from the sluggish, Night of the Living Dead variety (NC State) to the shockingly fierce and athletic Day of the Dead style bone-mashers (Miami.) This moment of cultural understanding brought to you by EDSBS: Promoting Misunderstanding and Exaggeration of Southern Foibles since 2005.