THAT HAT IS ACTUAL SIZE.

Share All sharing options for: THAT HAT IS ACTUAL SIZE. 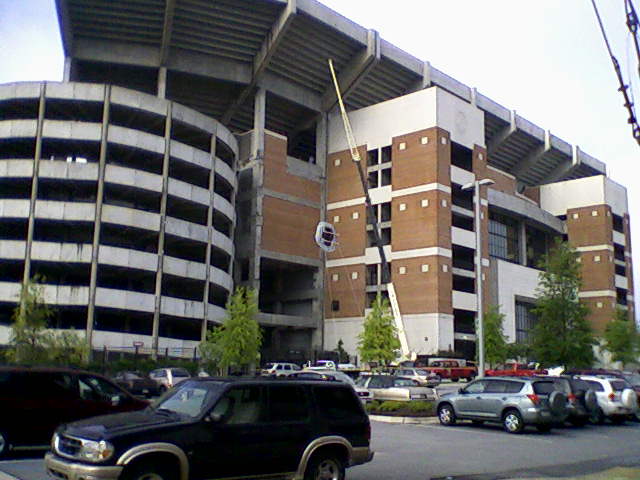 See that? You know what this means? 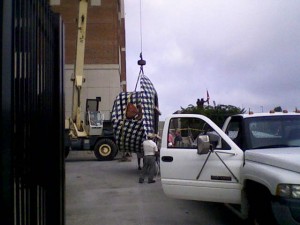 GIANT ROBOT BEAR IS APPROACHING COMPLETION!!! Oh, just wait until he burns Opelika! The screams! Oh, the festive screams! Take a picture, Levi. WOOOO ROOOOOOOOLL TAAAAAAAAHDE!!! Robot Bear and Saban gonna take us back to the promised land! Thank god he runs on human blood and Chesterfields, what with gas being so expensive. LOVE YOU GIANT ROBOT BEAR!!! 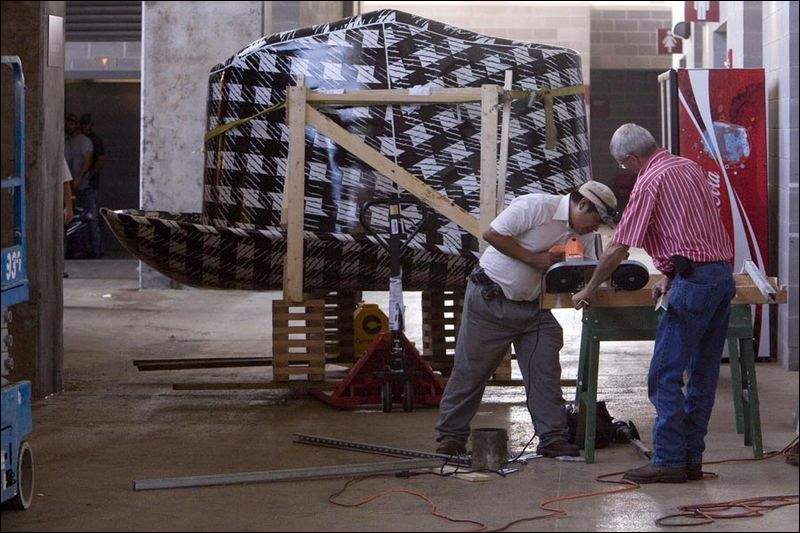 (It's actually the roof for a concession stand called "The Bear's Den," which will serve hot dogs, hamburgers, nachos, and individually-wrapped bourbon-flavored cigarette ceviches-to-go. The hat will be stolen in six months, and we will bet hard American currency on this.

The Bears Den will serve the usual stadium fare  hamburgers, hotdogs and nachos, and will be one of several themed concession stands. Ezells Fish Camp, for example, will have a tin roof and look like a cabin on the lake, and Crimson Fried has a mural of past UA football teams, Evans said.

To paraphrase Troy Smith on Jamarcus Russell's taste in jewelry: a snack stand hawking fried balls of tasty death with the name "Crimson Fried" is an incredible representation of any and all things Alabama.)