LATE-BREAKING CORRECTION: During last night's EDSBS Trans-Oceanic Olympic liveblog, one of our correspondents in Beijing reported that Purdue coach Joe Tiller had strangled NBC anchor Bob Costas on live television following the conclusion of the women's all-around gymnastics final. The perpetrator, as reported in media outlets around the globe this morning, was former gymnastics coach Bela Karolyi. We regret the error, and extend our heartfelt snickering sympathies to Costas' loved ones and the entire NBC family. 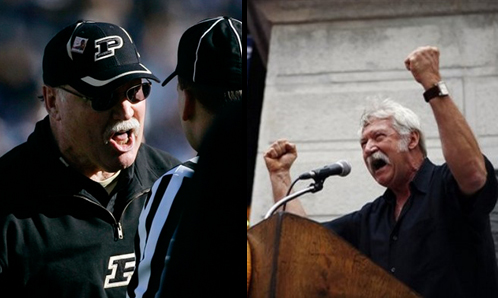 An item in Monday's Curious Index stated that Rudy Carpenter's father has admitted to taking out a six-figure insurance policy on the beleagured Arizona State quarterback. This is unequivocally false. Rudy Carpenter's position coach has taken out the policy. We regret the error.

Tuesday's crossword clue 14-Down, "West Virginia was born to love you," when solved correctly, should read "barbecue possum", not "Rich Rodriguez". We regret the error, and apologize for any anguish this may have caused to our Mountaineer readership.

Monday's "Weather Report" listed the weather in Tallhassee as "83 and partly squalid, with a chance of scattered thunderstorms in the afternoon." The "partly" is unnecessary on both a technical and a semantic level. We regret the error.

Contrary to conclusions drawn in Wednesday's exposé, Whatever Happened To Baby Orangeman?, the entire Syracuse program has not been trapped in a magical book within the popular 1990's computer game MYST. The "cheat codes" obtained by EDSBS are in fact only successful in obtaining extra ammo in the Nintendo console classic Tiger-Heli, and will not restore the Syracuse program to gridiron dominance. The best remedy our staff can recommend at this time is a combination of efficient quarterbacking, solid offensive blocking, and any manner of defense at all. We regret the error. 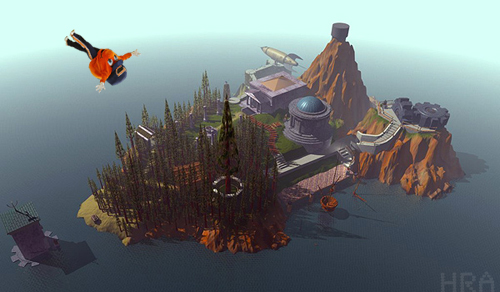 Thurday's Profile of Jim Delany, "The Big Ten's Big Man," featured a poorly worded passage that requires some clarification. In the sixth paragraph, a brief sentence mentions Delany's self-confessed metrosexuality. There is then some expounding on the particular cosmetological methods Delany enjoys, a sentence we would like to correct below.

Delany enjoys getting a pedicure from time to time, not that there's anything wrong with that. He even enjoys getting facials from trained cosmetologists in a business setting.

We apologize for any untoward inferences our readers may have made from the uncorrected original sentence, and regret the error.

Wednesday we listed Auburn's Kodi Burns as the starting qb for the 2008 Auburn Tigers. This proved to be based on inaccurate sourcing, as Chris Todd will also see snaps in the new Tony Franklin offense. We would also like to clarify Burns' greatest fear is not "spiders," as initially written, but is instead Bart-a-lactus, Eater of Worlds. We regret the error. All that you know is at an end, dude.