Teams: there are a lot of them. In our effort to bring you the finest "bullshit" coverage of college football, our Visiting Lecturer Series today welcomes the gang from Red Solo Cup. Please enjoy their repartee, moderately-priced-alcohol-fueled strings of profanity, and the only football highlight reel we've ever seen cross YouTube without a Slipknot soundtrack. For this, Red Solo Cup, we give thanks.

Safety orange. You know, the type that you find on reflectors, cones, and temporary road signs when construction is going on. Obviously there are some potholes being filled at and maybe some lanes being added to Vaught-Hemingway, but this is no new thoroughfare. No, the unfortunate and inconvenient news is that well be needing to use this program while construction is going on. So, caution, because things might be running a little slow for a while.

Palestine (circa now). We may make a lot of noise, but, honestly, were not even on the map. We are undeterred (and for some of us, completely unaware) of this fact, and we dont care how many guns, tanks, nuclear bombs, or fifth-string running backs you have Israel/LSU, were still gonna get up in your God/Allah/Yahweh-damned face. 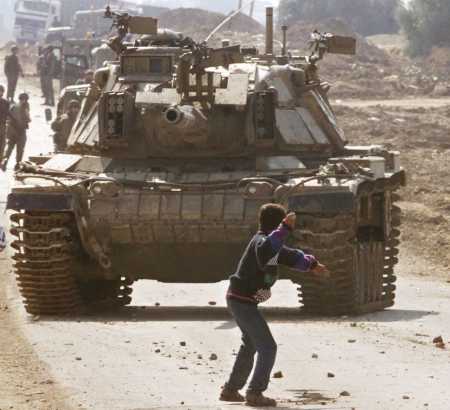 Jevan Snead is the savior of Ole Miss football. There, we said it. I mean, he is a highly touted, dual-threat quarterback. You know, like Brent Schaeff oh, oops, maybe more like Robert Lane no? Fuck, shit, ummm, Michael Spurlock? You know what, just trust us on this one.

Greg Hardy is an all-American at defensive end and primadonna. People hate on Greg Hardy for his attitude and general demeanor, but youd walk around with typical T.O. swagger if you were a potential first-rounder on the defensive line who caught touchdown passes  with an s  last season. Not only is he a beast as a pass-rusher, but he is also a legitimate red-zone threat.

Michael Oher didnt write the book on being a left tackle (because he may be illiterate), but the book on left tackles, Michael Lewis' The Blind Side, was written about him. Hey, Jesus didnt actually write the Bible either. If Jevan Snead is going to perform well at quarterback, he will need a guy like Michael Oher protecting him.

Dexter McCluster is the player on the list about whom you probably know the least. McCluster is lightning in a glass bottle, but, unfortunately, his bones are made of the same material. Hes tough and never shies away from contact, but thats been his downfall the last two seasons, as he has been injury-riddled. The reason you will know about him is that when we utilize Houston Nutts famous Wild Cat/Hawg/Rebel formation, Dex will line up under center.

Arkansas. There are few things crazier than Houston Nutt, but the atmosphere in Fayetteville the day he comes back should be one of them. Also, say what you will about Houstons fitness to stand trial in a criminal proceeding, but hes an honest, stand-up fella. Bobby Petrino is, on the other hand, a low-down, no-account, greasy, dastardly, hatin, heinous, diabolical, unprincipled, scrub-like, pusillanimous rapscallion. On second thought, maybe its unfair to associate Bobby Petrinos worst qualities with Arkansas. He may well no longer work there by October. Plus, were gonna beat their ass, cuz theyre gonna suck balls this year (Casey Dick? SRSLY?)

And Alabama. Greg Hardy sacked Sarah Jessica Parker Wilson thrice in 2007. If Jerrell Powe qualifies and lives up to even HALF of the hype hes garnered at defensive tackle/Godzilla stunt double, expect our defensive line to perform a four-way Wobbly H on JPW in front of 90,000 horrified Tide fans. What is a Wobbly H, you ask? Google it when the kids arent around.

For your personal safety  Memphis. Science has proven that the crime rate in Oxford rises 400,000% every time the Tigers come to Vaught-Hemingway. If you dare watch, you might get shot at home  through the TV. Also, this is the last time that this storied rivalry will ever be played out, and were predicting a win. Keep in mind, even Hurricane Orgeron was a levee-busting 3-0 against Memphis.

We're carrying a typically Texas, six-shooter .45 in Jevan Snead, but we don't have much in the way of ammo. If he were to go down, we would be hard pressed to find a suitable backup. Also, in the "cornerback" holser on our utility belt we've got a photograph of Calista Flockhart. Our starters are suitable at best, but after that we have true freshmen and converted wideouts. Ouch.

Nothing quite says Ole Miss-style nostalgia like "A Pirate Looks at Forty."

"I've done a bit of smugglin'
I've run my share of grass.
I made enough money to buy Miami,
But I pissed it away so fast, (Exhibit A)
Never meant to last, never meant to last.
I have been drunk now for over two weeks,
I passed out and I rallied and I sprung a few leaks,
But I've got to stop wishin',
Got to go fishin',
I'm down to rock bottom again. (Exhibit B)
Just a few friends, just a few friends."

See Exhibit A. John Vaught won more SEC games than anyone except Bear Bryant. Since then, David Cutcliffe has been the best we could muster. Overnight, it seems, we went from national power to cellar-dweller. Little wonder we cling so tightly to tradition here. As for Exhibit B, if Ole Miss is going to be anything more than simply consistently better than State, we've got to stop practicing silly optimism (like experimenting with aggressive, young recruiters).

Houston Nutt has only lost to State once in his career. We can guarantee he wont get Croomed. Not this season, not ever.

If you'd like to read more about Washington football, the Library of Congress recommends that you stay the hell away from that poncey Faulkner asshole and pay a visit to Red Solo Cup. If you'd like to contribute your own Visiting Lecturer post, please contact us at harumphharumph of the gmail email variety address.