Teams: there are a lot of them. In our effort to bring you the finest "bullshit" coverage of college football, we have begun the best method we could think of to write about teams we know next to nothing about: asking others to write about them for us. Our Visiting Lecturer Series today presents John Radcliff of Mountainlair. 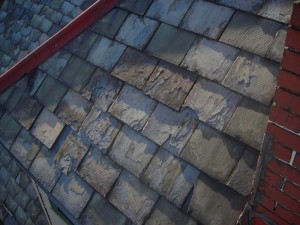 Blue might work, but Old Gold is definitely out. My memory of West Virginia football dates back to attending games at Old Mountaineer Field, and I can say that this has been the absolute worst off season ever. Dark Slate Grey seems about right. It's not quite as dark as coal, but close. Between the back stabbing comments from WVU and Rich Rodriguez going at it in the media, and the mad dash the Mountaineers are making at the Fulmer Cup, it's hard to think about what an exciting football team this is. There are a lot of Victorian homes around here with the original slate roofs.You can look at them and tell they were something in their day, like the Mountaineers on game day. But right now they are an eye sore that needs to be fixed before irreparable damage is done.

Germany during World War II. It's all about speed and firepower. West Virginia's offense looks to create a weakness in the defense through formation and exploit it with speed and precision. Like Germany, West Virginia is known for having lethal offensive weapons that strike fear in their enemies. But their ability to stop opponents and hold their ground can be called into question. The run defense is always stout, but there are days that it seems we can't cover our own shadows. And in a conference with so many capable quarterbacks, that could be a problem.

I won't talk about Pat White, Noel Devine, or the offensive line because I think those are known quantities. I think the line backing corps is going to be one of the best we've had at West Virginia. There's depth and talent. Seniors Reed Williams and Morty Ivy had 109 and 89 tackles respectively. They aren't overly big, but they make up for it with speed and a nose for the ball.

Quinton Andrews at safety can be devastating in run support. He saw starting time as a true freshman, but his numbers dipped in 2007 from Ryan Munday transferring in and a stockpile of talent at the position. His claim to fame is laying a crushing stand him up and knock him back tackle on Owen Schmitt in fall camp his freshman year. Also look for junior college transfer Tevita Finua to make a splash at defensive end.

On offense, you really need to watch Wes Lyons. Not for his routes, but at 6'8" he can be an exceptional blocker turning small gains into huge ones. Tito Gonzalez could be the beneficiary of a more wide open offense this year. Jock Sanders could also, but with Slaton gone, he will spend time at the running back position at least early. If Terrance Kerns gets himself in school he could be the big back West Virginia needs to counter Devine.

If West Virginia is undefeated, October 23rd against Auburn on a Thursday night is going to be huge. The Morgantown police just want you to know that they were against the idea of this game being played at night. M'kay? The tailgates will probably start for this game about Monday of that week. Mountaineer fans desperately want to beat an SEC team! Also, September 18th at Colorado will be the earliest road test West Virginia has had in a while. The clash of mountain folk could be interesting. Debates on the quality of moonshine will surely rage on well after the game is over. I had some Colorado shine a couple months ago and came away very impressed. And drunk.

Five: Save us all some time and mention the game were better off NOT watching.

Starting out the season against 1-AA Villanova will be a great day to get that last minute school shopping done. I see no reason to watch this game unless you are a Mountaineer fan. Also, I say the Marshall game on September 27th because the networks have given up on Marshall. The game won't be broadcast. Way to go Governor Manchin! You got a game on our schedule that no one wants to watch. I guess it isn't going to be as big a rivalry as Auburn-Alabama. It's a shame Joe. You were so close. No, really!

I thought "Fool Button" fit the mood. There's been a lot of stupid going around in Morgantown this off season. I think they mistook it for the easy button.

It was a fool palace
Double knit on parade
They pushed the fool button
As the skinny boy played and played
Push it, push it, push it.

I might seem down on West Virginia, but it's just all the things happening away from the field. I still feel like West Virginia will win the Big East, Pat White will be in the Heisman race until the end, and Noel Devine will make defenders look drunk. So much so, that I don't think they are worth betting on. However, we'll all be watching Michigan this year. And I'll put up $10 that says announcers will say, "I bet Rich wishes he was back at West Virginia" at least once every game this year.

If you'd like to read more about West Fuckin' Virginia football, the Library of Congress recommends Mountainlair. If you'd like to contribute your own Visiting Lecturer post, please contact us at harumphharumph of the gmail email variety address.