THE OFFSEASON TOP 25, PART THE SECOND

Share All sharing options for: THE OFFSEASON TOP 25, PART THE SECOND

The offseason top 25 has nothing to do with football. You might read it anyway.

25. Italian starlet Edwidge Fenech. She's particularly stunning when set to dreamy Italian quaalude music. Fact: if you should fall in doomed love with an elusive but alluring younger woman, music like this starts playing spontaneously, but only if you happen to be in Europe.

Correction: only if you are in Western Europe. In eastern Europe the song "Cherokee" by (natch) Europe will begin playing.

If you're not in traction, you're just not trying. (Nepal laughs at your puny American rope swings! And safety regulations!)

23. Swindle:Gotham font. I adore it right now for no particular reason. It's not just for Obama signs and public building in New York anymore!

21. Holly: GiantMicrobes.com. Nothing says, "I'm ready to take our relationship to the next level," like a plush scale model of Black Death.

20. Swindle: Crawling floor slides
12:02:35 PM Swindle: Agonizing, but everyone in the gym turns around to wonder what you're doing, which for we attention whores is wonderful.

(See "Rope Swings"---if you're not in the burn unit, why did you even buy a grill, candy-ass? 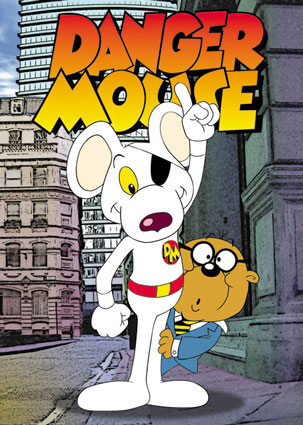 14. Swindle: Naps. What? It's summer-ish. Plus, keep it to fifteen minutes and you're safe; any longer, and you wake up eight hours later feeling like you've been rohypnol'd.

13.Holly: Apple Color. A nerdgasm in a box, rocking your face off with 16 layers of color grading since NAB 2007. 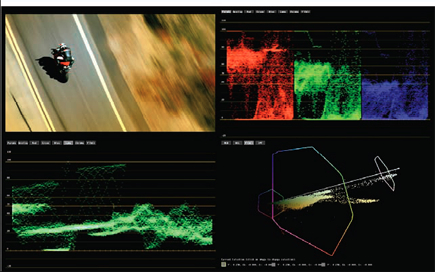 It's still early, but I think it's safe to say it's true love.

12. Swindle: Hot Rod. Features Bill Hader and the brilliant Danny McBride as the most lovable and believable rednecks you've ever seen, even with the standard Michaels SNL Star Vehicle Script bringing the quality of the whole show down several notches. 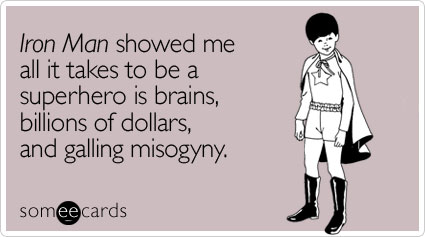 (NB: Previous item not to be construed as anything less than abject worship of Iron Man)

10. Which, by the way, Iron Man. Holy shit. How did it take this long to come up with a comic book movie this good? 100 kerosene cocktails to Marvel for making the damn thing themselves and showing up every studio in town doing it.

8. Holly: Dr. Tatiana's Sex Advice to All Creation. "Dear Dr. Tatiana: I think my boyfriend and I are ready to make love. But why is his penis covered with enormous spines? Signed, Concerned Bee In Buffalo." Neat trick: try reading this on the beach and see what manner of gentleman stops by your towel.

7. Swindle:The Absolutely True Diary of A Part-Time Indian The drawings make it. A half-white/half-Indian kid is depicted in it. In the white kid's hand? "New Gap Bag." In the indian kid's hand: "Plastic Bag filled with Crushing Reality"

6. Holly:RoboRaptors. "A Fusion Of Technology And Personality!"* 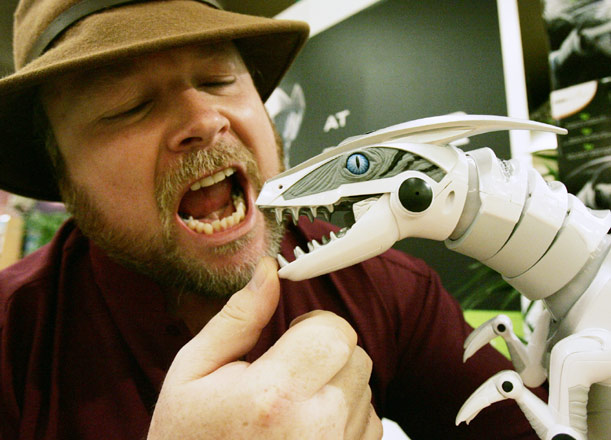 *SENTIENT DINOSAUR ROBOTS. WHAT COULD POSSIBLY GO WRONG. Brought to you by DARPA toys.

4. Holly: 4. Point Break Live. There are several iterations of this show playing up and down the west coast right now. It is a moral imperative that all humanity exp It's a matter of time.

2. The Aqua Jump: A 25-foot floating trampoline that can be towed behind a boat.

The Swedish armies alone destroyed 2,000 castles, 18,000 villages and 1,500 towns in Germany, one-third of all German towns. That's without guns. You know it was serious bidness, because even the goddamn Swedes were getting their Viking on.

It was triggered by "The Defenestration of Prague." Case. Closed.