Yesterday we reported that, in the wake of their smash hit calendar, University of Oregon linemen will be sponsored in the 2008-2009 season by furniture retailer IKEA. The deal has, in fact, been brokered with West Elm. We regret the error. 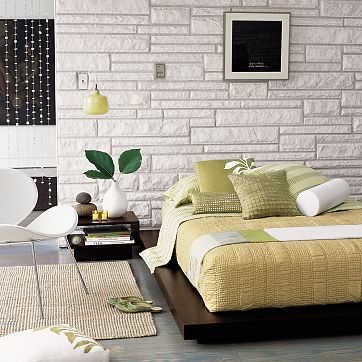 Can you spot the difference? Us neither.

Tuesday's "Stuff Purple and White People Like" reported that Northwestern football fans liked something. As the sample size is both too small and too busy telling everyone how they went to Northwestern, and then explaining where it is, and that it's just an amazing school, and I can't believe how you've never heard of it, the list is declared invalid. We regret the error.

Monday's Ryan Perrilloux Blotter Roundup reported that the troubled LSU quarterback was again questioned by Baton Rouge law enforcement officials on suspicion of assault on a federal officer. Perrilloux was cited for fishing without a license. We regret the error.

On Monday, we reported that the Missouri Tigers had taken the lead in the Fulmer Cup on a weed arrest of Austin Wuebbels. Wuebbels called our offices on Thursday and corrected us: he was not arrested for weed possession, but for riding dirty. He then went on to explain, and we print his description of the scene in its entirety.

Wuebbels then informed us he was going to have to "Laugh at you, then I'mma have to cruise, because I'm in number two on some more DJ Screw." We regret the error, and thank Wuebbels for the clarification.

A Thursday news bulletin reported that Texas Tech head coach Mike Leach has been facing harsh criticism for a training exercise called "Walk the Plank", in which blindfolded receivers are made to stand on a swimming pool diving board and bombarded from all sides with footballs until they either make a two-handed catch or are knocked into the water. The game is called "Pieces of Eight." We regret the error.

On Wednesday, we stated that former University of Miami receiver and fired color commentator Lamar Thomas' favorite sexual finishing move was an Alabama Hot Pocket. This is incorrect; it is actually an Alligator Fuckhouse. We regret the error.

Wednesday's investigation into the new offense at West Virginia contained numerous innacurate accounts of new head coach Bill Stewart's bizarre behavior since arriving in Morgantown. We reported that he has cut and dyed his hair to match that of his predecessor, Rick Rodriguez, and also published allegations that he had thrown the Rodriguez' s new puppy from a highrise window. These are plot elements from the film Single White Female, and according to a followup survey of Mountaineer players and assistants, do not paint an accurate portrait of life in the new Stewart regime. We regret the error.