IS THE DOOR OPEN?

Share All sharing options for: IS THE DOOR OPEN?

1:22: Rich Rodriguez gave 'em the playbook. Florida's defense looks like they studied for a Latin test and got the Cuneiform. Michigan 7-0, thanks to Chad Henne's sudden excellence and Florida's continuing inability to pressure the passer.

1:38 p.m.: A holding penalty is Florida's best defensive play thus far: a three and out and suddenly we remember that Florida's traditionally a slow starter under Meyer. Panic level: three coffees.

2:00 p.m.: Updates will be slow and spastic thanks to anger, emotion, and periodic reassurances to TCOAN that we're not about to spear the television with the MacBook.

2:18 p.m.: Manningham is a damn beast, and Henne makes a brilliant call on the audible to a run. Florida's defense is an atrocity as it's been most of the season. We're on a huge cup of coffee and a fruit tart and thinking about the champagne, not because we want to celebrate, but because we need the booze. Holy smoking hell.

2:28 p.m.: Like Ladanian Tomlinson doesn't have some lame shit on his system? Play artist Silkk The Shocker! Suck on that, Mr. Famous-I'll-make-fun-of-a-bust-ass-broke-teenager!

3:31: Rain of frogs. Bloody seas. Anything else? This is an astonishingly ill-prepared team. It's as if, in addition to our existing problems in pass coverage, we've sprouted a new lack of discipline and special teams problems! Dead in the water and taking it on below the waterline. No idea what can be done here.

4:04: Much broken furniture later, Florida has taken trash-talking dwarf Mike Hart's fumble back for a tying TD. Now on Henne to destroy the secondary again. Someone steal Hart's fish! 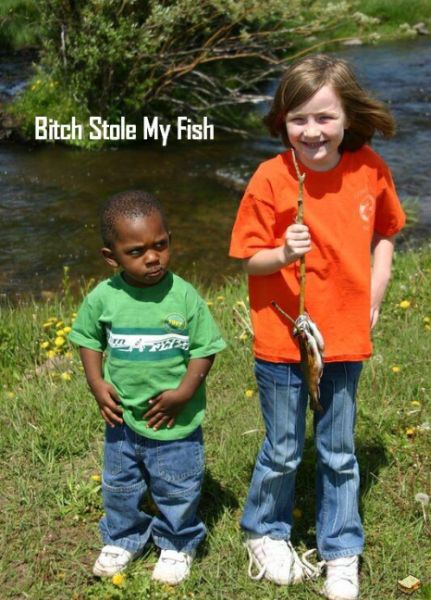 4:38: We've been through all the stages today. All of them. And there's still five minutes left in this goddamned cardiac event of a game. Pills. A hammer. Something. There is no balm in Gilead for what this game is doing to the soul.

END: Well played. Michigan is the better team today. It's hard to complain when you can't defend a post route, can't protect your quarterback, can't kick a field goal, can't...can't win. Salut, monsieur Carr. We raise a glass of bubbly to you. Now go fishing and leave our team alone, because you were 2-0 against Florida.