OPEN THREAD (OF THE DAMNED)

Share All sharing options for: OPEN THREAD (OF THE DAMNED) 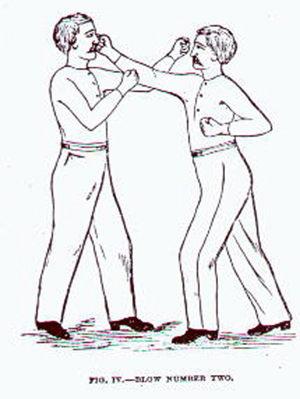 Swindle reports from the SEC Championship press box that Stewart Mandel is a Dapper Dan man. Best of luck to him in his fisticuffs, and to all of you in your end of season drankin' and gallivantin'.

Swindle: Much thanks to Holly for the open thread opening. We were busy watching Les Miles nutslap ESPN two hours before the biggest game of the year. What happened in that press conference, and what's allegedly happening in a fitting love triangle to end the Time of Troubles that this season's been:

--First, the number we've gotten on LSU's counter-offer to Miles is $3.45 million. Michigan's not even in the same fairway as that offer at ~2.5 million a year.

--The media's busy parsing the hell out of Miles' verbiage like he's a diplomat making a speech at the WTO. They shouldn't--Miles came out with the body posture of a wrestler addressing the crowd and said ESPN was full of shit. That's it. Tightly wound, school-of-Woody-Hayes tempermental PR posturing, pure and simple. He could have been brained with a folding chair by Lloyd Carr in the middle of it and it wouldn't have seemed out of place.

--Sean O'Keefe, chancellor of LSU, looks like a man who bathes in Domaine du Puys and craps solid bars of platinum. Being nicknamed "Pappy" or "Red" and owning several islands devoted solely to his pleasure would NOT surprise us.

UPDATE: CBS and EDSBS, together again for the first time:

Your entire lives have been building to this moment; you just didn't know it.

Swindle: Verne's the nicest man you'll ever meet. Danielson, on the other hand, stabbed us with the sharpened end of a broom handle on the way out. We kid! He was down ton the field doing his job when we were chatting with Verne.

Oh, and stop by and read the liveblog from the Championship Game over at the SN. It's fact-tastic!

Update: we're going to do a story on Erik Ainge maturing as a quarterback for tomorrow. We think it'll happen any day now, and when it does, whoo-whee, look out!