STILLWATER, OK--Coming off the revolutionary step of investing in life insurance as a form of university fundraising, T. Boone Pickens announced today the next step in Oklahoma State's radical restructuring of their financial plan: a futures fund hedging on the anticipated life expectancy of wealthy alums often reckless and cash-rich offspring.

"I wouldn't call it a death pool, exactly," said Pickens in a press conference. "It's just another way of capitalizing existing unexploited risk." 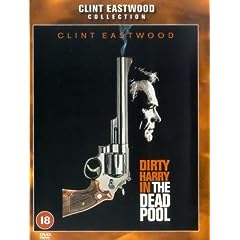 Unexploited risk. Most definitely NOT a dead pool.

The fund will hedge bets on the life expectancy of heirs to some of the wealthiest fiefdoms associated with collegiate sports. Investors will be allowed to bet against forecasted life expectancies, with fund managers attempting to maximize profit with savvy betting.

"It ain't gambling if you can see the cards, right?" said fund manager Don Lablanc from his office on Monday. "T. Boone's proving himself to be an innovator here, and a clinical one, too. In fact, we're betting heavily on his son Michael to ditch it here in the next few years or so, and I'll let you in on a little secret: we've got one very important client whose name might rhyme with "Loon" who's betting our side, too."

All profit generated by the fund will go into the Oklahoma State athletic budget. An example of the prominent "investments" the fund is looking at include:

Conchita Mercedes Suarez Mitchell. Considered the brightest fund prospect, Mitchell hails from a distant branch of a Florida booster's agricultural dynasty long devoted to Florida athletics. Via a tragic hot air balloon accident, Mitchell became the sole claimant to a $65 million claim of prime sugarcane territory in Florida at the age of 16. Immediately selling the land to private interests, Conchita announced her intentions to "fucking party until I fucking die ROCK." She has spent the majority of the last three years in and out of rehab, and has dated Colin Farrell, Tom Sizemore, a notorious Miami drug dealer known only as "Changdo."

"We're amazed she's lasted this long," said Lablanc. "We thought a double date with Michael Irvin and Kyle Orton would do her in during the Super Bowl this year, but she put Irvin out cold with the pace she set. Thankfully, she always carries a huge vial of adrenaline wherever she goes, or the Playmaker would have been put on the DL forever. Orton, however, died during the course of the evening."