Since we didn't have time to put together a quality guide to Auburn, we'll instead rely on the experts at Lonely Planet for their expertise. Enjoy.

The town of Auburn, Alabama merits notice for the intrepid traveler for a plethora of reasons. In addition to being the sole barter-based economic zone in the United States, Auburn also features a landscape devoid of interest, a colorful native population of sewer-dwelling mutants, and a university that boasts 42 Nobel Prize nominated scholars, 38 of whom also played football on the varsity football team. The lack of electricity, armed gangs of obese ATV bandits roaming the wilderness, and wild boar attacks that occur in every home and apartment may intimidate the casual tourist, but for the pioneer in you little can beat the sensation of eating an MRE on top of your Bradley fighting vehicle while watching the nightly ritual of locals burning each other's plastic shelters to the ground while pelting each other with rocks.

Auburn has a climate similar to that of the surrouding Southeastern United States: semitropical, with four relatively mild seasons. Every August, however, a freak effect of El Nino showers the area with sealife picked up from the Gulf of Mexico, an effect know by the locals as "The Rain of Dogs." Repeated efforts to explain the phenomenon have failed, and animal shelters fill up annually with dead fish on leashes and gasping sea turtles, producing a smell visitors have described as "ghastly," "worse than death," and "WHY? GOD, WHY?."

Tourists are urged to avoid the month of August for this reason.

August: not the month to visit.

The city of Auburn was founded by a band of Georgia militiamen over fifteen years ago. Originally searching for a build site for a cinder block bunker, they settled on the location out of necessity, as the flat landscape of scrubby pine turned out to have residents after all, a horde of bloodthirsty rat-monkeys bent on killing all intruders. A lengthy battle ensued, and the site was named for the red stains the rat/monkey army left in death.

The leader of the group, Goodman Parson Lowder, decided to scotch the plans for a new republic after taking into account their complete expenditure of ammunition.

The build site became the town hall, now referred to today as the Auburn Supper Club, a place which like all five residences in town has a drain in the floor for easy cleanup.

Auburn transferred to the state of Alabama in protest after Georgia declared the ownership of rattlesnakes as "companion animals" illegal. The town's rattlesnake-based economy collapsed temporarily, but bounced back following the secession.

The town now survives as a special protectorate between the states of Georgia and Alabama. The town now has up to 580 residents, not counting the transient university population. Its economy consists largely of trade in collector's plates, rancid fish oil, and Auburn Football paraphernalia. An estimated $2,193 in business occurs monthly in the city, an improvement in the quality of life as seen in the booming plastic sheeting business.

To the undiscerning eye, Auburn offers little to see: burning heaps of garbage, a sky full of circling vultures and crows, rattlesnake farms, and five houses all hidden behind huge iron gates and guarded by packs of ferocious dogs.

Yet one spectacle demands attention above all others: The Burning of the Huts. Started as a nightly tradition by plastic sheeting tycoon Myron Lowder, town inhabitants initiate the burning at 9 o'clock nightly, a bright and colorful scene best viewed from the safety of an armored vehicle or passing helicopter located downwind upwindof the toxic fumes. (Lonely Planet is not liable for traveler deaths as a result of typos--legal dept.) Participants also celebrate the moment by throwing rocks, sticks, and stray rattlesnakes at each other. The homes are then rebuilt in the morning for the following night's festivities.

The burning of the huts occurs nightly year-round. Be advised to watch from a distance, and to mind the rattlesnakes.

Snake is on the menu here, and frequently. It's eaten barbecued, broiled, steamed, or even raw on special occasions. The taste is reminiscent of calamari. No matter what a local may tell you, refrain from eating the fangs as "an appetizer."

Sleep has proved fatal to tourists in Auburn. Lonely Planet formally advises tourists to avoid napping for even seconds inside the city limits, and to keep shuteye to a minimum in the surrounding countryside.

One of the highlights of any trip to Auburn would be a visit to its central market, located in the stalls surrounding the rubble of what used to be its town square. (Follow the circling buzzards if you get lost. Which you should not do--remember the sewer-dwelling mutants we mentioned?)

The currency-free, all barter economy of the Republic of Auburn means that deals may be had a-plenty if you come to market with some savvy and patience. Know that traders in Auburn will use one of the three chief commodities of the area to get what they need:

Given this, you should be able to leverage some deals. Tourists should be warned that the purchase or trade of a human being is illegal in all fifty states, and is prosecutable under federal law.

Mayor Lowder, a prominent burgher and noted marksman in the city of Auburn. 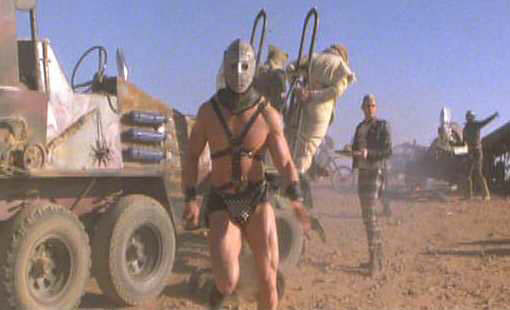 Auburn Airlines' short and troubled term as a functioning company means backpackers must drive into the city to see its unique blend of menace and boredom.