We thought to ourselves: man, how much fun would it be to just drive downtown, find a decent spot to park, and treat ourselves to a lovely night of Georgia Tech football down on the flats. Just a quick check of the ol' website, which tells us that a single ticket to a college football game will cost us...

Forty dollars. To watch Reggie Ball run quarterback draws while Al Groh brazenly thumbs through through real estate brochures on the opposite sideline? Forty goddamn dollars? What in the hell does Chan Gailey wipe his ass with, platinum-threaded silk? Or Renova toilet paper? 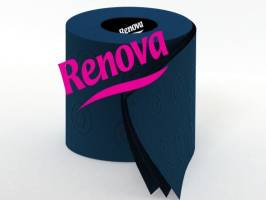 Atlanta may be the most expensive city in the Southeast, but that's still not much of a crown.
Here's four things you could spend forty bucks on in Atlanta of equivalent value to what you will see tonight.

1. Four City of Atlanta Parking Tickets. Satisfy that inner savage in you by taking your vehicle, pulling right up in front of a tooth-sucking surly meter maid, and walking off without dropping so much as a penny in the meter. Better yet, pull in and out of the same spot four times in front of the same meter maid just because you're a gangsta, and you aint goin' out like no punk bitch. If you considered buying two tickets to the game, go ahead and let them all go overdue for equivalent value.

2. Two EDSBS t-shirts. Shameless self-promotion, but they're guaranteed not to waste three and a half hours of your life like tonight's game will, and unlike either coach, is a colorful thing that will likely be around and in one piece in a year's time.

3. A dinner for two at Gladys Knight's Chicken and Waffles. Again, may kill you quicker than watching UVA play Georgia Tech.

4. A punch in the face from a homeless man. Very simple: give the homeless man forty dollars to punch you squarely in the face, which unlike the UVA/GT game will be over in seconds and only half as painful.

He needs it more than Georgia Tech does, and unlike them will turn it into success. Success in this case being really drunk in two hours.