Dorrell's working on improving his defense.($) We think some Dadaist coaching might be in line, since we can't imagine doing much worse than 34.2 points a game and 468 yards a game shy of actually telling your players to run screaming from the guys with the ball. (Defense is dead! Long live defense! Run away from the ball to victory!) Dorrell could probably roll with three coverages and the safety calling the plays pre-snap and not see any discernible difference in the numbers.

The solution will likely be an "exotic" mix of pro-style blitzes and blended coverages, imported by new DC DeWayne Walker. The word exotic is customarily used by sportswriters to denote "complex, arcane, and foreign" variations of strategies employed by NFL defensive coordinators. Why this is exclusively the territory of NFL coordinators, we'll never know, since the better phrasing would be to call it "pro-style," meaning esoteric mixed coverages, blitzes, and stunts out of three or four formations: the 4-3, 3-4, and occasionally nickel and dime sets. 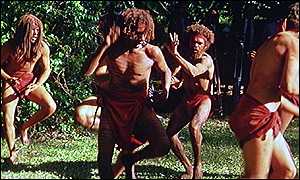 The college game, however, actually boasts a greater diversity of recondite sets and schemes: the 5-2, the 3-3-5, the 3-1-7 (employed by Charlie Strong against Spurrier's sets when their coaching positions were reversed a few years ago,) the 4-2-5, and the 4-4. There's little that's exotic in the setups UCLA will use--it will be what happens post-snap that might be different. Whether this is even true or not now, though, is also in question given that Pete Carroll's been cranking the USC defense into a baffling pro-style attack for a few years now, and even then they spend a good amount of time falling back into the old Bucs cover 2, keeping everything in front of them while allowing their D-line to put the pressure on the backfield.

Another danger in the instant assumption that a pro scheme is the panacaea for what ails your defense: complexity can sometimes be an obstacle in itself. Most of the best schemes in recent history have been concocted not by up-and-comers with NFL eyes, but by crusty veterans with schemes allowing players to make reads and run to the ball: Joe Kines at Alabama, Mickey Andrews at Florida State, Randy Shannon at Miami, Bud Foster at Virginia Tech, Bob Stoops at Oklahoma...all well-versed college deans of defense who understand the need for a blend of simplicity and the carefully timed blitz.

We'd put a Fatburger on UCLA struggling with the new schemes and simplifying things midway through the season, and not because UCLA players are any dumber than anyone else (though they're probably more distracted by the ladies in the stands than, say, your average Purdue player. In consolation, they DO own the place.) It just seems to be what happens when an NFL guy comes into a college slot and installs his system: they always overload the players, even when attempting to take it easy on them for the first year.