Share All sharing options for: WRONG, UNINFORMED, US: EDSBS 2005

Watching Nancy Grace on The Colbert Report the other night, we felt a twinge of recognition when Nancy Grace talked about seeing the world in "black and white, right and wrong terms." Colbert responded by saying that he'd been seeing the world for so long like that, he only saw the right anymore.

Next season, we'll try to be truthier.

If we only had that Colbert swagger about us...we might not be typing this from the Decatur library now on the free computer with the bottle of window cleaner gripped firmly in our dirty little hand, wondering where we'll sleep tonight. We started reviewing the "truthiness" of what we'd boldly predicted in the offseason, and quickly came round to the same conclusion we'd started with: no one knows anything, and that includes a VIP seat in said group for us. Our preseason predictions and thoughts were as spotty and arbitrary as anyone else's--well, except possibly Heismanpundit, who bet us 20 bucks that the National Champion would emerge from the Gang of Six, which excepting USC was a nutsoid bet from the start.

Take our first preseason top ten poll--it's a veritable strip mall Chinese buffet of deep-fried error. Por ejemplo: We had USC at number one. So did He Win Pang of Chengdu, China, a humble noodle merchant who doesn't even know where USC is--but he could check the Vegas odds online like the rest of us and see that USC hadn't lost a game in 32 years or so, and being the savvy, mah-jongg ace he is, he put them there, too. No virtue in that (dui bu qi, He.) 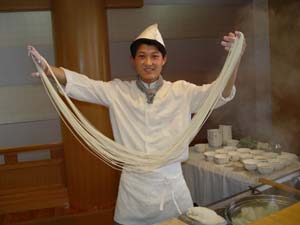 We had USC at number one. So did Mr. He.

Our number two and number three picks solidify our resume to play Corky in the upcoming community theater musical version of Life Goes On, though:

2. Tennessee...If not for honesty, wed rather piss in our own hair than put them this high on our poll. We would have put Michigan in here happily, but Tennessees defense puts them a wooden nickel above the Wolverines in our poll, specifically Jesse Mahelona and the Tennessee line, a batch of maulers of a caliber John Chavis hasnt had in a while.

We weren't the only ones completely high on the preseason Big Orange hookah, but at no. 2 we were a few standard deviations outside of reality here.

Note no mention of the offense--but who could have predicted that Eric Ainge would morph from Peyton Jr. to Doug Johnson the Younger before the horrified eyes of the Vol Nation? Or that in crucial games Gerald Riggs wouldn't scrape 20 carries? The hilarity continues:

3. 3. Michigan. The potential pick, based on the offenses nice rhythm they developed last year and the improving play of the defense. Chad Henne is the lastest in a long line of competent, mild-mannered white quarterbacks we suspect to be products of a UM clandestine human cloning project, and should score enough points to keep Michigan in any game they play-even against the vaunted OSU defense.

That Rose Bowl thing? Never happened--we're sure Herrmann will straighten that inability to defend mobile qbs before the OSU game. Note we didn't even think of the sophomore slump, which infected Henne's season seemingly from the beginning. We went on to put Texas at #4, not bad, but then finished out a shamefully nearsighted top ten loaded with specious, haute-couture offenses (HCOs) picked from the weedy ranks of the WAC, Mountain West, and Big East, including Louisville, Boise State, and Utah in the top ten. Stranko's suggestions obviously came from somewhere a little closer to reality, but he homered up by putting Florida fifth and also falling for the HCO by including Boise State and Louisville in his top ten. Stranko also wildly overestimated Oklahoma's potential, which went up in flames in a week one stunner to TCU. (But at least he didn't become infatuated with Adrian Peterson like we did, insisting he would win a Heisman as a sophomore. We take another sip of Windex and shake our heads sorrowfully as the librarian looks nervous, calls security...)

Commonalities with the rest of the blogosphere abound: overvaluing Tennessee and Michigan, getting too googly-eyed over scoreboard whores Louisville and Boise, and making the safe bets on big programs that will produce quality results "because they have veteran coaches, lots of dough, and an endless recruiting pipeline." Yet, isn't this the safest bet year in and year out? Yes and no, actually. The final AP poll for 2005 reads:

The final ten in the AP poll has only one name remotely close to a surprise: West Virginia, tagged for a rebuilding year by every pundit from Beano Cook to Fiutak to our buddy He the noodle merchant. (Is there a Chinese translation of the Phil Steele guide? We doubt it, since it's barely written in English to begin with...) TCU garners a top ten rank in the USA Today poll, but
not in the AP, so we can't count them totally as the BCS-buster du jour. What's the common thread here in all these teams?

Cash: of the top ten teams in the AP poll, eight are in the top ten schools in athletics department spending, with West Virginia creeping in just a few slots down the line. (See comment below on just how badly we misread this data. Thanks to our alert reader.) (Weirdly, Alabama is not in the top ten in athletics department spending while Auburn is, which is a.) a sign of Alabama's relative football hypertrophy in the athletics department, b.) a miracle of creative accounting, or c.) further proof that Auburn sucks and Alabama rules ROLL TIDE WOOOOO!!! That last one is the conclusion we figured most Alabama fans would come to anyway, so we included it for your pleasure. This comment does not reflect the views of EDSBS or any of its staff.)

We won't touch a preseason poll until March at the earliest, but we've learned our lesson well. First, that teams like Utah 2004 truly represent statistical outliers: teams ending up in BCS teams inevitably come from a pool of 20-25 big eaters, with the TCUs and Utahs of the world representing real aberrations in the system. Second, when it comes to constructing polls, we're going the Randy Moss direction in our future prognostication: straight cash, homey. Given that, you may already put the well-fed, Nike-clothed athletes/demigods of Texas and Ohio State as the 1-2 for next year in our preseason poll.