BOWLD AND THE BEAUTIFUL:

Share All sharing options for: BOWLD AND THE BEAUTIFUL:

Motto: "College Football Like You've Never Seen It!" Despite the unnecessary exclamation mark, they're right on this one--we've never seen Rutgers play in a bowl game before, so touche', Insightsters.

Intrusive Corporate Sponsor: Insight Enterprises, who dropped the ".com" from their name when the bubble went ploof! and having the suffix instantly decreased your company's share value by half. The resulting, .com-less bowl name is among college football's most reflective and philosophical-sounding; watch as blissed-out audience members stroke their beards and thoughtfully pat their body-painted chests after each score tonight.

Tradition rating: Going just one year further than today's other bowl game, the Insight Bowl roared into the world in 1989 under the moniker of "The Copper Bowl" before adopting its more modern-sounding corporate name. (The move from bowls named after commodities to ones bearing corporate names has to have a anthro-economical thesis waiting somewhere in there, right?) 1989 was memorable for a number of reasons, but none sticks in our brains more so than watching the news on Chrismas Day and seeing Romanian dictator Nicolae Ceausescu shot live on television along with his wife. It taught us two valuable lessons: one, if you're an asshole, people will go as far as killing you live on tv; and two, don't ever piss off a Romanian. 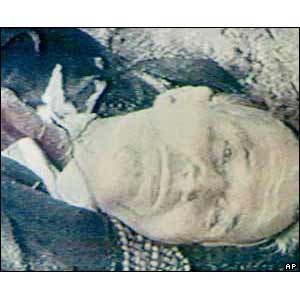 Location: Tempe, Arizona. An underrated college town with easy access to bars. We once crowd-surfed at a reggae show there before being dumped at the feet of a Gigantor-sized biker there, who promptly threw us back up onto the crowd without so much as a grunt of effort. You may be saying: crowd surfing at a reggae show? See, there's plenty of fun to be had in Tempe.

Matchup quality: 2 Wyckked. The e'er mercurial Arizona State Sun Devils don't even leave home to face the amped-up Rutgers Scarlet Knights, playing in their first bowl game since the Garden State Bowl in 1978. ASU's a letdown team with better talent going up against a Rutgers squad that couldn't be more frickin' excited about being here, man. Frickin' awesome.

What to watch for: ASU tossing it all over the place on their home field, loads of hardass running by Rutgers, and playing "Pro/Con" when the cameras pan the stands and the jarring contrasts between the pillow-pale Jersey girls and the bronzed, already weathered looking ladies of the desert. We think the CFN boyz are off their nutter for calling a Rutgers victory, so ASU by 10 in a game that's closer than it should be.